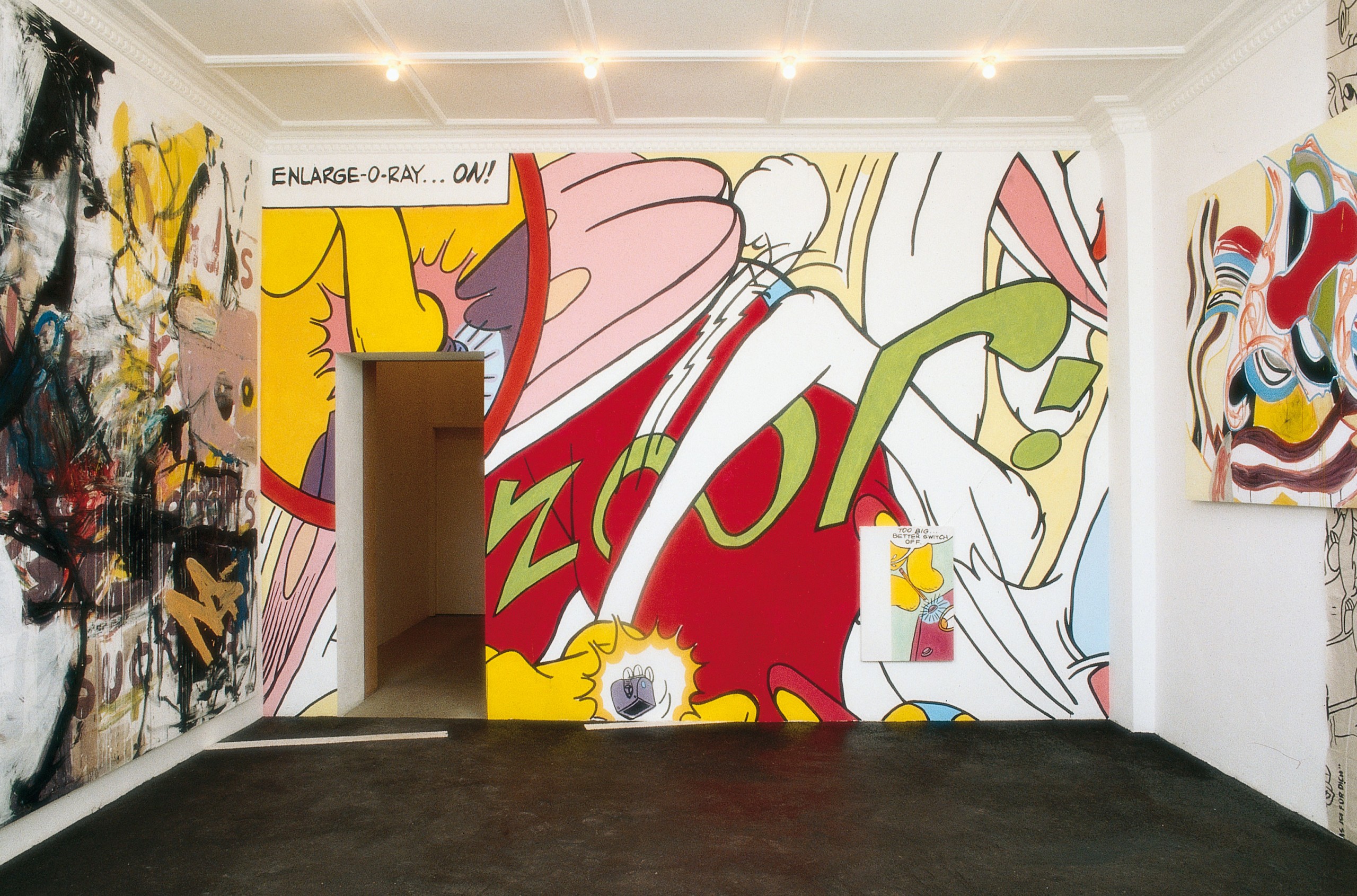 The historic exhibition will be reconstructed to scale and includes the same works it originally showed, evoking the inception of Majerus’ innovative artistic method, which presented a new way of approaching painting and making it accessible in the form of installations.

gemälde was first exhibited at neugerriemschneider in 1994, when the gallery had just opened and was still located at Goethestrasse 73 in Berlin-Charlottenburg. Majerus was both responding to and disrupting the spatial framework of the gallery by integrating a doorway in his wall paintings, taking up another wall in full with a monumental canvas and situating viewers themselves within this visual space. References to popular culture were combined with text fragments and art-historical allusions. Majerus expanded his wall works by bringing the streetscape into the gallery space, thus tracing a path both metaphorical and literal along which his installation unfolds.

This combination of disparate techniques and styles shows all the conceptual points of reference that were to become staples of Majerus’ artistic practice.