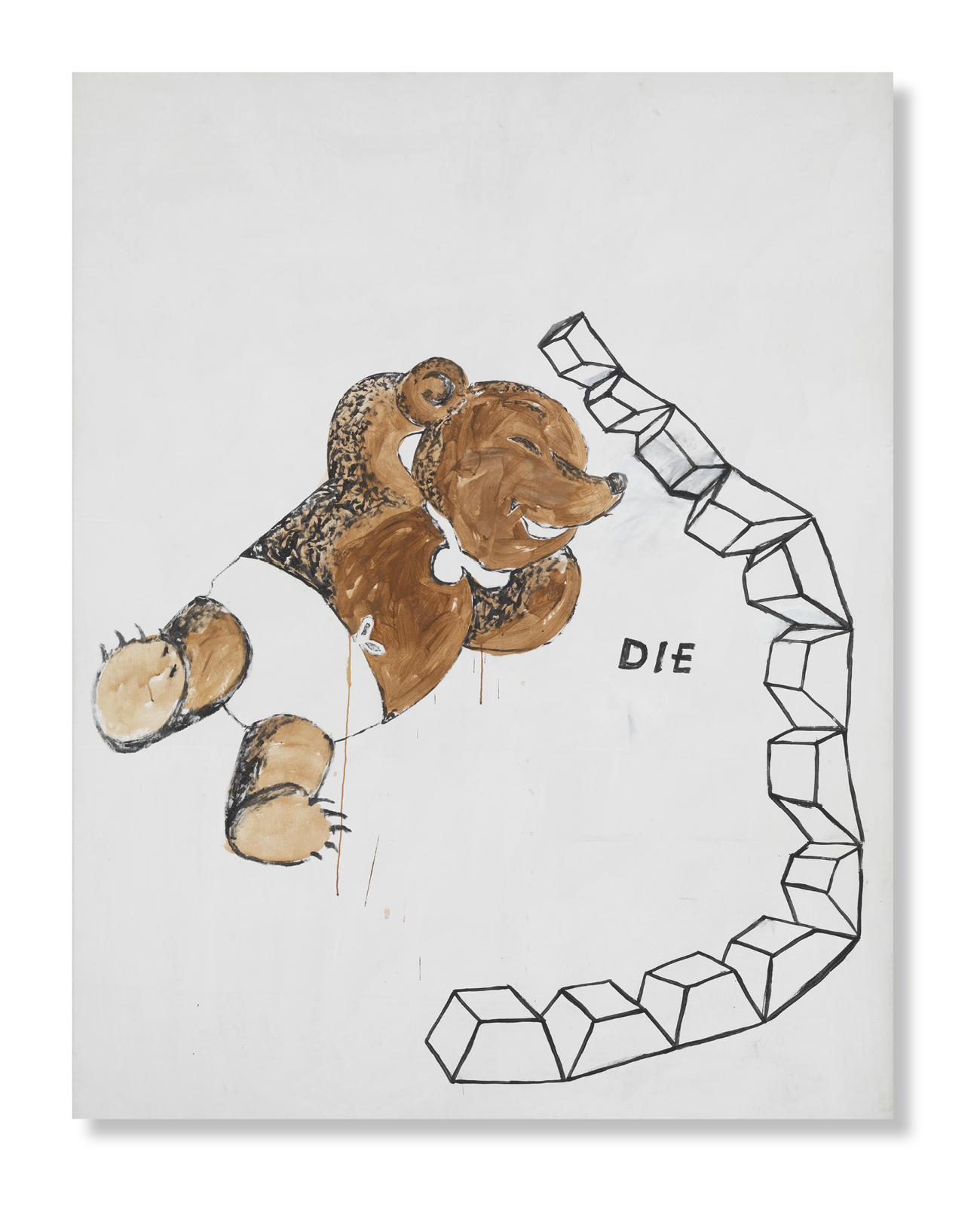 curated by Krist Gruijthuijsen with assistance by Léon Kruijswijk

Curated by Krist Gruijthuijsen, the exhibition Michel Majerus – Early Works seeks to uncover the earliest layers of Michel Majerus’ artistic practice by showing works he produced between 1988 and 1995. Many of these pieces are on public view for the first time.

The exhibition is dedicated to the beginnings of Majerus’ nationally and internationally celebrated work. Majerus’ artistic approach is already apparent in the early works created during his studies. These explore visual culture, time, speed and seriality as well as virtual and physical space. The artist’s continuous observations of surface and space as well as his inquiries into materials and techniques were essential to his methodological way of illuminating how images are produced. This investigation formed the foundations of his reflections on the meaning and power of visual culture.

The KW will show over 80 pieces from the artist’s early works set in an exhibition architecture created specifically for them in the institution’s main hall and on its ground floor. Fragments of scaffolding will recall Majerus’ first institutional solo show at the Kunsthalle Basel in 1996, wherein the artist created a scenography that integrated viewers into its visual space. This practice allowed Majerus to initiate a new and critical confrontation with the continuous hybridization of visual culture, at the same uncovering the impossibility of escaping the ever growing, pervasive presence of images and virtual space in the fabric of our daily life.