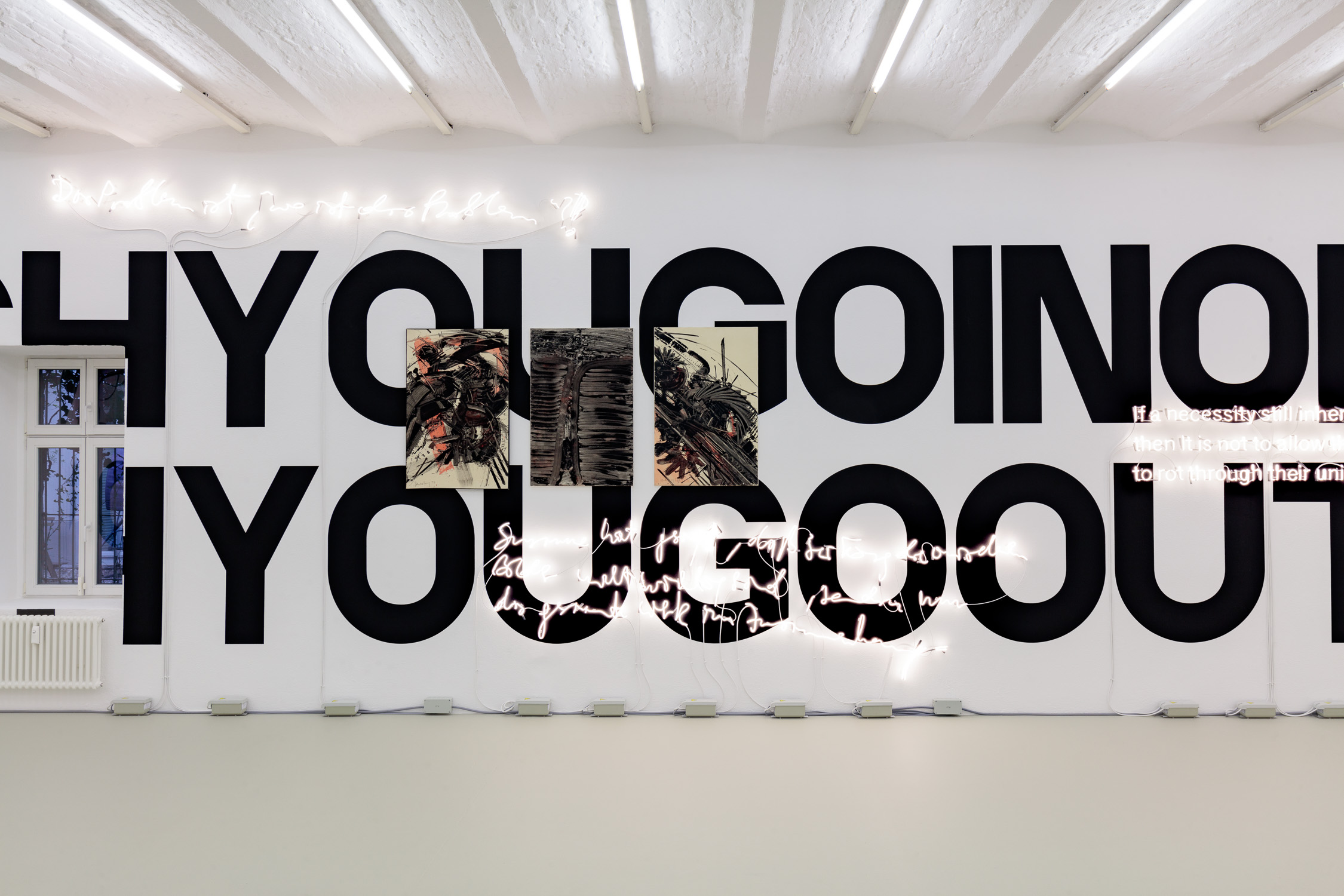 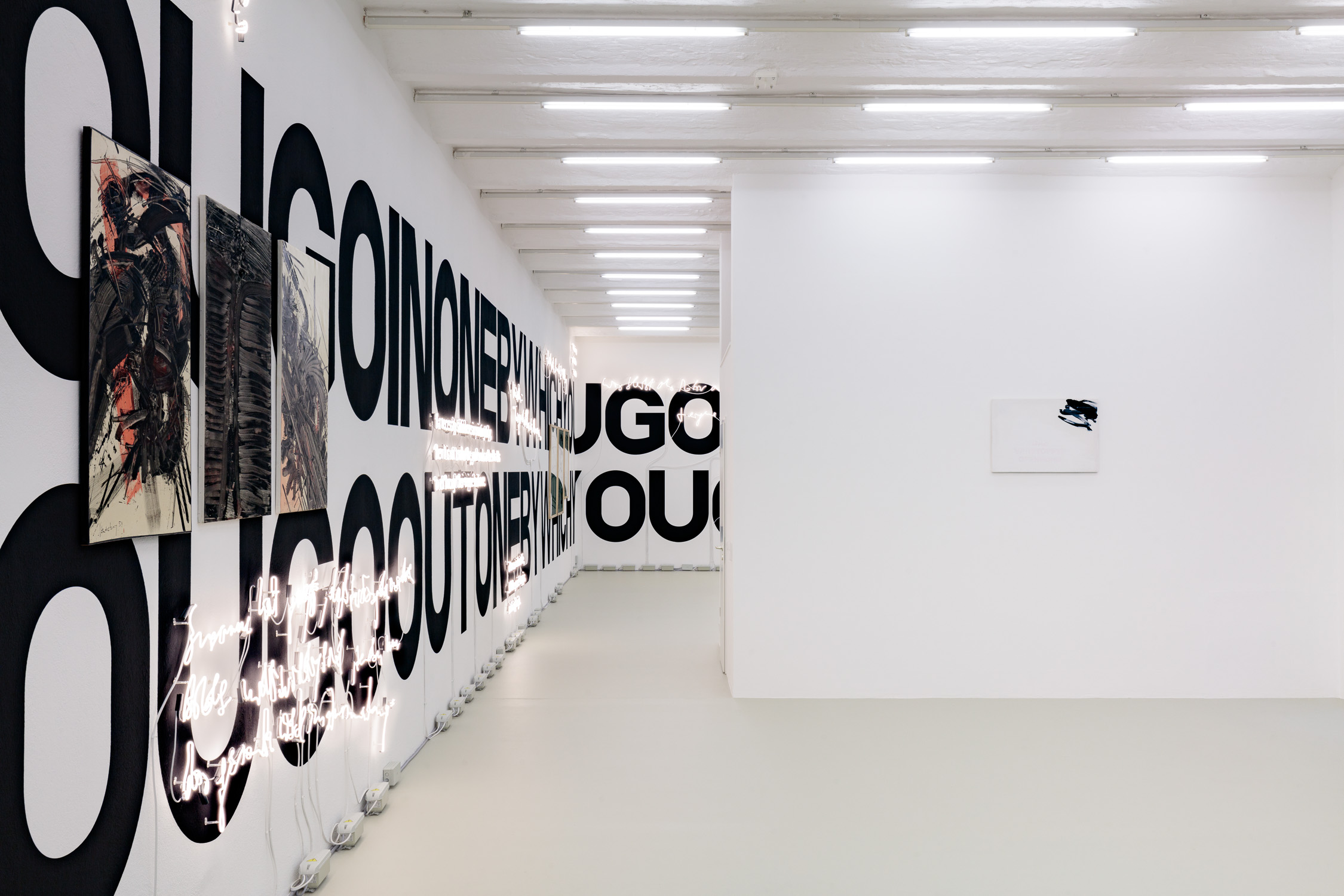 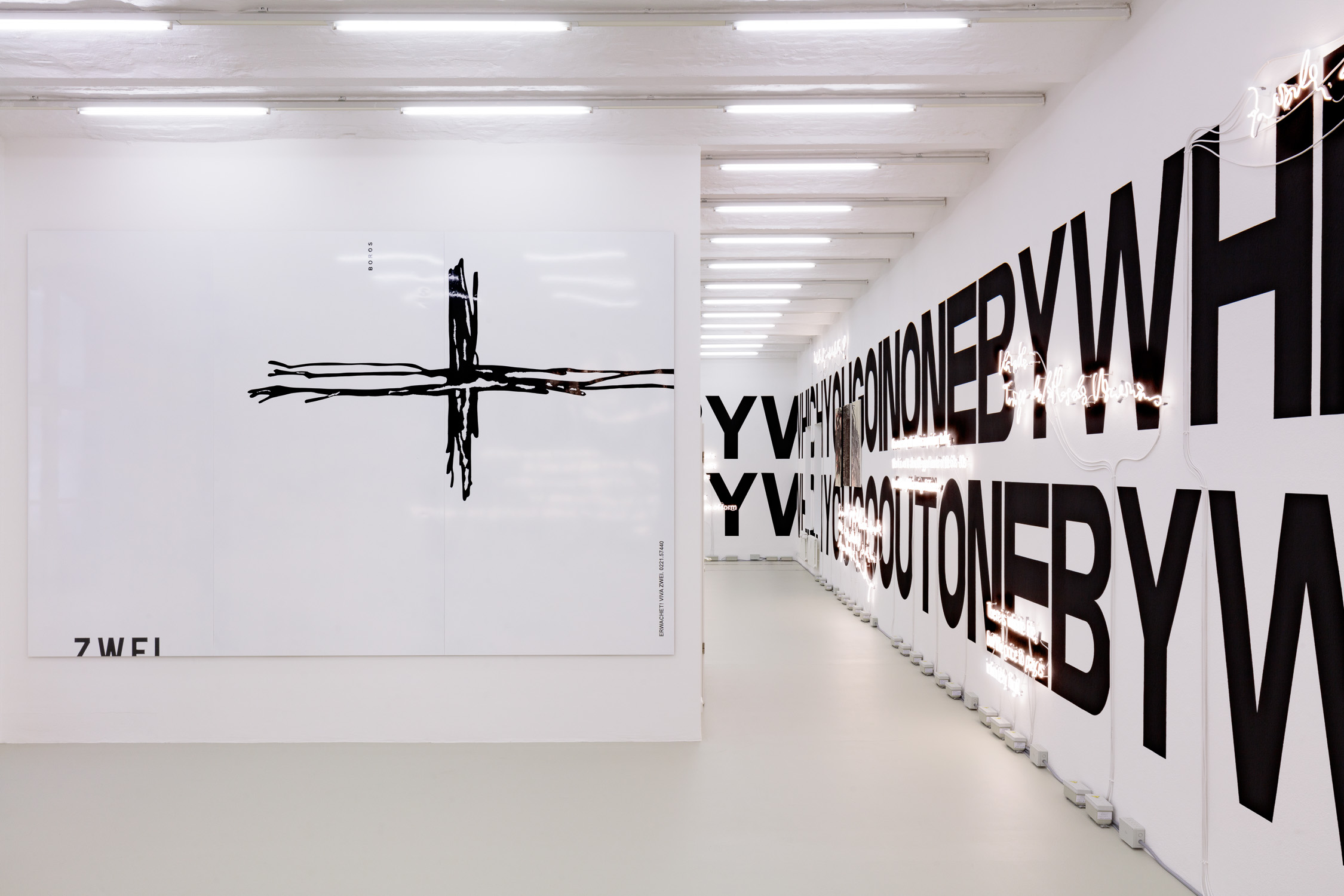 Opening Hours
Saturdays 11 am–6 pm or by appointment

During his time with Kosuth, Michel Majerus was introduced to a concept of art that countered processes of thought with visual analogies, breaking away from the impetus of gestural painting – an approach celebrated by Sonderborg, a proponent of informal painting. Majerus succeeded in manifesting this dialectic in one of the most significant oeuvres of newer painting. Thus, he made a highly unique contribution to the establishment of a new visual language shaped initially by the analogue and later increasingly by the digital possibilities of image production. Concept and text merge with gesture and spontaneity in Michel Majerus’ work.

In kosuth majerus sonderborg – an installation by Joseph Kosuth, Peter Pakesch, curator of Michel Majerus’ first museum solo show at the Kunsthalle Basel in 1996, shows how the different strategies of the artist’s two professors coalesce in his work to form a new understanding of spatial and conceptual continuity.