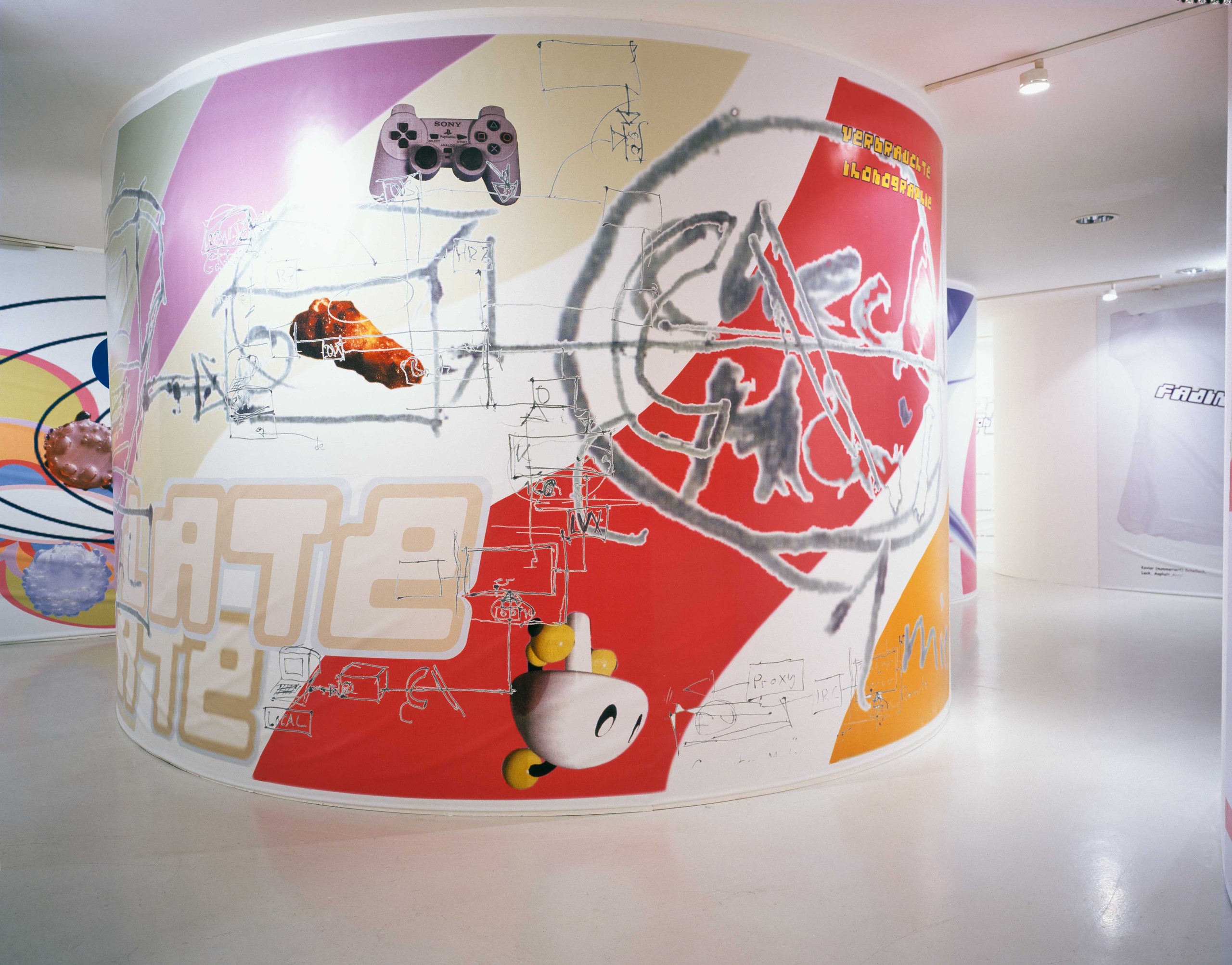 The exhibition Michel Majerus – Data Streaming at the Kunstverein in Hamburg explores the digital aspects of Majerus’ work and addresses its relationship to art’s contemporary discourses.

The exhibition centers around the large-scale installation The space is where you’ll find it (2000) from the collection of the Kunstmuseum Wolfsburg. For the first time in years the work will be reconstructed in the Kunstverein’s exhibition space and contextualized by the presentation of further works by Majerus.

Considered a major pioneer of the visual arts related to the then-nascent information age as it became the digital age, Majerus mirrored elements of a digital aesthetic in expansive paintings and installations as early as the 1990s. His works are distinguished by his integration of advertising in the form of slogans and logos as well as characters from comic books, computer games, and other pop-cultural influences. In the process he decontextualized these novel codes and tied them into new systems of meaning in an ironically heightened way, for example by situating them within the same field as his art-historical references. Furthermore, Majerus was one of the first painters of his time to use the computer as tool in his own image production.

Thus, the exhibition Michel Majerus – Data Streaming shows those approaches in Michel Majerus’ work still described as ahead of their time by artists today, and opens up the possibility of developing his work further to connect it with our present-day culture of information. Held at the same time on the exhibition floor below, Cory Arcangel’s exhibition presents one response to this inquiry.